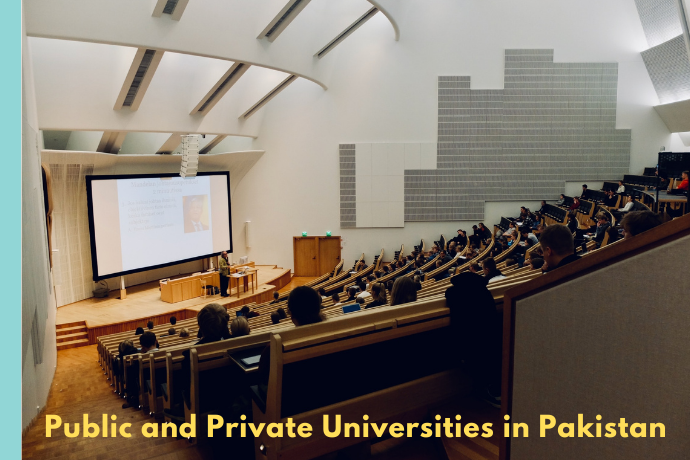 Much debate being carried out in Pakistan these days with the advent of the Single national curriculum at primary level, it is of prudent importance to emphasize the importance of breaking the elite system at higher education level as well. There is a huge divide between the public and private universities in Pakistan exactly like it is on the primary level.

Confusion of Students regarding choice of Institution

Students and their parents find themselves in an extremely confusing situation when they have to consider the parallel education systems, but the situation is much more distressed when it comes to choosing an institution for the higher studies. Private universities are presenting different products and making deals to make quite a few bucks, while the same level of education from maybe an even better faculty is being offered at a much lower price in the public universities.

Private Universities or a business?

It would not be wrong to call the market for higher studies business oriented therefore, they have a number of different packages (price level) for the various kinds of products (different types of courses and subjects). Therefore, the target audience selects a product on the basis of their purchasing power or the amount of money that they are willing to pay for whatever the quality of product is though the seller is promising or almost betting on the provision of a high quality service. This unchecked system has given birth to a new phenomenon in our society which can be called as a new kind of elitism among institutions.

The divide between Public and Private sector

Unfortunately, this divide between the Public Sector University and Private Sector University is getting bigger by the day. With no hope of keeping a check and balance which could bring the level to an equality. It is therefore negatively affecting the students, lowering their moral and in turn affecting their quality of performance. Half the population is taking an unfounded pride for having to land in the private universities because they can afford it and have enough purchasing power, where as there is the other half that is grumbling about the indifference and unresponsiveness of the State.

While every student studying at a public university might not be fully satisfied with the quality of education, but they do realise that the critical cost-benefit ratio is heavily in their favour. The private universities justify their fee structures against the facilities they provide on the campus and it is a fair argument in most cases. The lack of facilities and exposure at public universities makes the case easier for private universities, because at times they become the only option for someone who is interested in quality environment.

Presently, this public and private divide is more damaging than constructing to the education system of Pakistan. It is of significant importance that the public universities raise their bar to an extent that the competition between the two sectors is settled. Necessary measures to break the elite phenomena in our society is extremely important and these measures would also help to raise the moral of students from the public universities.