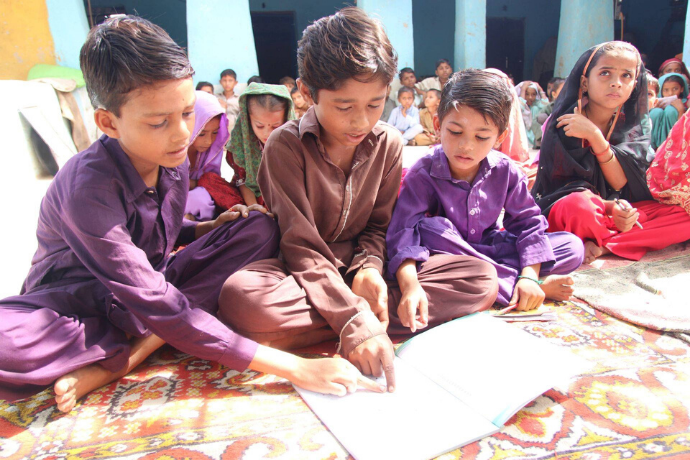 In Pakistan, no less than 22.8 million children age between 5 to 16 who are not attending school due to social or economic reasons. 22.8 million children between 5 to 16 years of age make it almost 44% of the population of this age group that is out of school. It makes Pakistan the second country having the highest rates of children who are out of school. Several steps are taking place at the governmental level to make education accessible and improve the quality of education. To fight such high rates of illiteracy, everyone should come forward to fight this at the forefront. The task of beating the inequality in the educational sector is taken up by many organizations and startups dealing with this issue in the best of their capacities. SABAQ is one of the best ed-tech startups working in Pakistan to improve its educational landscape. It’s an award-winning product, MUSE, is making a significant difference in the learning curve of Pakistan.

SABAQ is an Ed-tech startup based in Karachi that aims to revamp Pakistan’s education system considering the low socioeconomic status of the region. The lack of access to primary education to millions of kids in Pakistan motivated young minds like Hassan Bin Rizwan and Adnan Asdar to step out of their comfort zones and do something to change these impoverished children’s fate. They aimed to provide education to children who are out of school and digitalize and revolutionize the learning for those already in school. SABAQ did so by coming up with Muse, which digitalized education and made learning fun for students. Founders of SABAQ identified that young minds are more receptive to technology, animations, and storytelling, so they used these three ingredients to come up with a learning tool that positively impacted the education of children.

Since its inception in 2015, it has been working to reshape the education system for children in Pakistan to make them capable of discovering their true potential. In just five years, SABAQ has directly impacted the lives of 252233 children in Pakistan. Not only this, but it has also transformed 1818 schools through its digitally inspired programs and learning techniques. It has built 540 education centers from scratch and has produced 1505 learning centers. This startup has gained immense success because of the projects it initiated in just a short time.

SABAQ is leading many projects by collaborating with The Citizens Foundation, World learning, National Rural Support Program, and Hum Awaaz. The projects led by SABAQ in cooperation with these organizations include CRA, SEF, and project of PEF. SABAQ operates by introducing Muse to the schools and then influences the students by integrating Muse in their classroom. It has been keeping track of its progress by evaluating through surveys by comparing students’ learning outcomes with and without SABAQ. These evaluations proved that it substantially improved the quality of education in schools in rural areas and less privileged communities.

It was qualified as the finalist among the top 30 Ed-tech startups in the Global Education and Skills Forum in Dubai. It won the GESS Education Award in the best software product; it was on 2nd position in the education category of the Pasha Awards. Also, it won the IsDB transformers prize in 2020. It is ranking higher by making a difference in the lives of thousands.

Take these steps today to fight this inequality

As a nation, we cannot flourish and cannot get out of the social and economic downfall without education. One education startup and a few government interventions are not enough to bridge this huge gap. To make education, the basic necessity of the present age, accessible to every child in the country; we need to take measures at a personal level. We need not treat knowledge as private property and let go of personal ownership over this asset to treat it as a common good. We need to take steps at an individual level to improve the education system of Pakistan. Each of us who have the privilege of getting the education and equipping ourselves with knowledge needs to share this with those who do not possess the means to obtain it. If each one of us takes the responsibility of teaching one child, the education landscape of Pakistan can change in days. The way of impacting it is to help those who are already in this path by donating and providing support.

Azka Noor is a member of UNCTAD Youth Action Hub, Pakistan, and a student of Economics and Political Science at the Lahore University of Management Science. She has specialized in Search Engine Optimization from The University of California, Davis. The author is an avid researcher aiming to shape the lives of millions by pursuing a career in Education and Public Policy and digitally impacting lives by developing effective content marketing strategies.